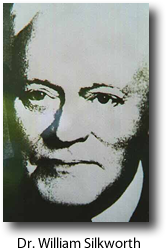 The medical model views addiction, particularly substance addiction, as a complex illness, involving the combination of several biological mechanisms. Dr. William B. Silkworth was one of the first members of the medical community to recognize that alcoholism was more than simply a moral weakness, and likened the physical component of alcoholism to an allergy of the body (AAWSI, 1955). Although he and the alcoholics who wrote the Big Book of Alcoholics Anonymous (AA) lacked the scientific means in the 1930's to support their beliefs, research within the last few decades has shown that alcoholics are physiologically different than non-alcoholics.

Studies of adopted children in the 70's and 80's showed that there was a genetic component of addiction within families, in that they found a significant correlation between the presence of alcoholism in at least one biological parent, and the development of alcoholism in the child, whether they were raised in an alcoholic environment or not. It was estimated that “genetic influence is identifiable in at least 35 to 40 percent of alcoholics and alcohol abusers, and it affects both men and women” (Alcohol Health and Research World, 1985, p. 66).

Other studies focusing on physiological characteristics of alcoholics and addicts found that brain chemistry was different in addicts verses non-addicts (Milam & Ketchum, 1981), and that even without any drinking problems being present, descendants of alcoholics metabolized alcohol differently than relatives of non-alcoholics (Schukit & Rayses, 1979).

In the medical model, the physician is the primary person delivering treatment and abstinence from the chemical is seen as the ultimate goal, and although the doctor might refer the patient to a psychologist, not as much attention is paid to other potential aspects of the disease, e.g., psychological and social problems. The treatment of choice for this model involves dealing with the physical consequences of the addiction through nutrition, etc., and the use of medications such as disulfiram (Antabuse) and naltrexone (Revia) to ensure abstinence.

Critics of the medical model believe that the portrayal of addiction as a progressive, incurable, and fatal illness, is both self-defeating for the addict seeking help, and is simply not true in many cases (Bailey & Stewart, 1967; Steiner, 1971).